I. The Night Train#

The night train is the best. For the low price of $22 you can take a six-hour train ride from our city of Phichit to Bangkok. The train leaves here at 12:40 AM and arrives in the capitol at 7:00 AM. I love it so much because it feels exactly like what I assume being on a spaceship is like. You get you’re own little compartment with a blanket and a pillow. The air is blasting cold, so you shiver like you’re in outer space. You go to sleep and you wake up on basically another planet (Phichit and Bangkok are that different). Overall a great experience, even if a flight is only $35 and takes one hour. 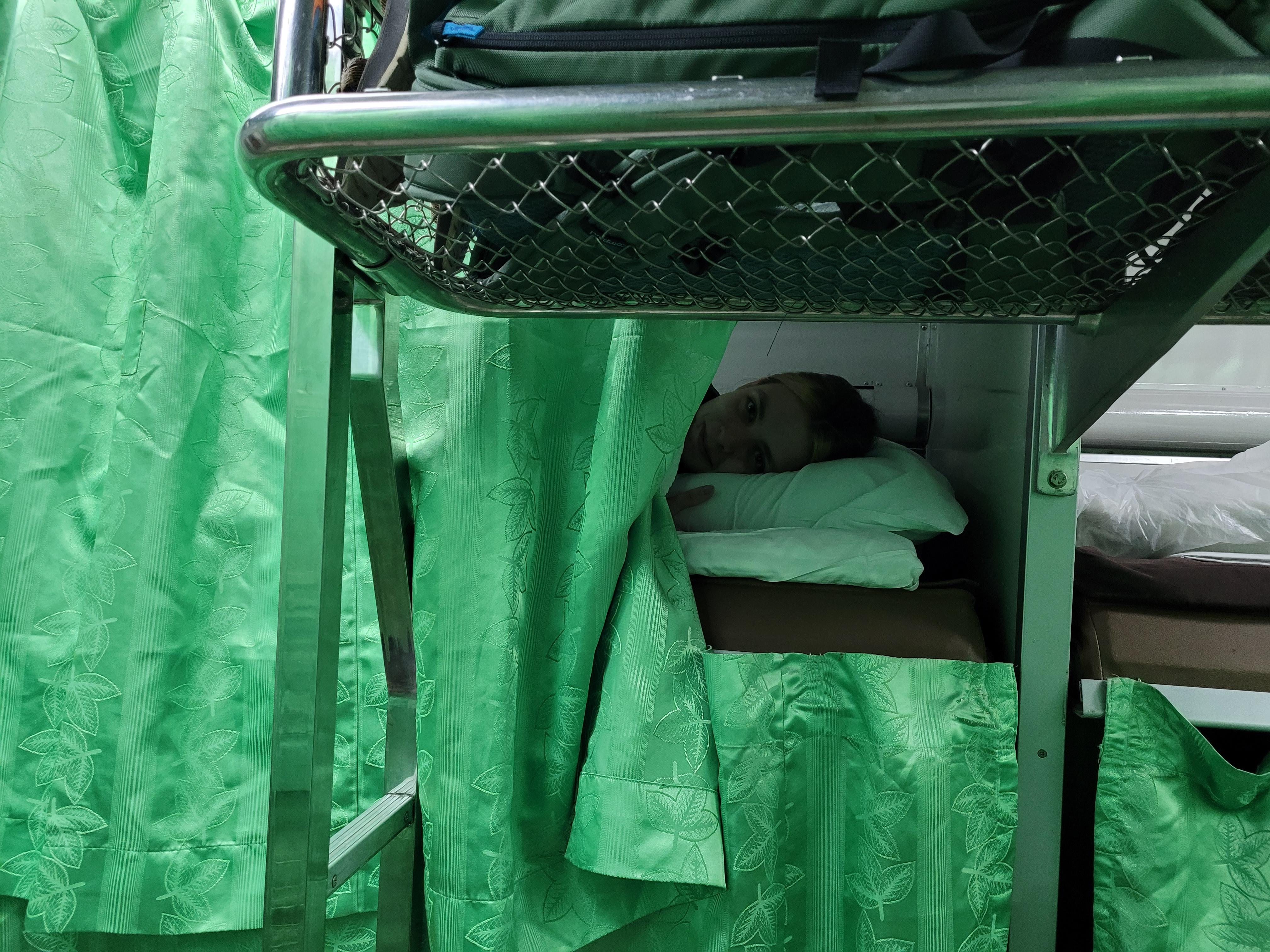 Boxing is the big thing in Thailand. And they do it a little differently here. They let you kick people as well as punch them. I think that makes a lot of sense. One time in Bangkok we went to a Muay Thai event in this out of the way back-alley arena 30 minutes from downtown. Now, I had never been to a boxing match up to this point, but I have seen a number of cock fights, both at formal arenas and in peoples back yards so that’s all I have to compare this experience to. Let me tell you, this Muay Thai fight was way more legit. They had actual cushions on the seats, and we weren’t looking over our shoulders for the police the whole night. There were some similarities between the Guamanian/Cambodian cock fights and Thai boxing matches though. In both situations there was a group of men as close to the ring as they could get shouting incomprehensible things the entire night. Between these men there was also a not-insignificant amount of money discreetly being passed from hand to hand. And lastly, there was blood. More blood at the cock fights, but still blood at both. 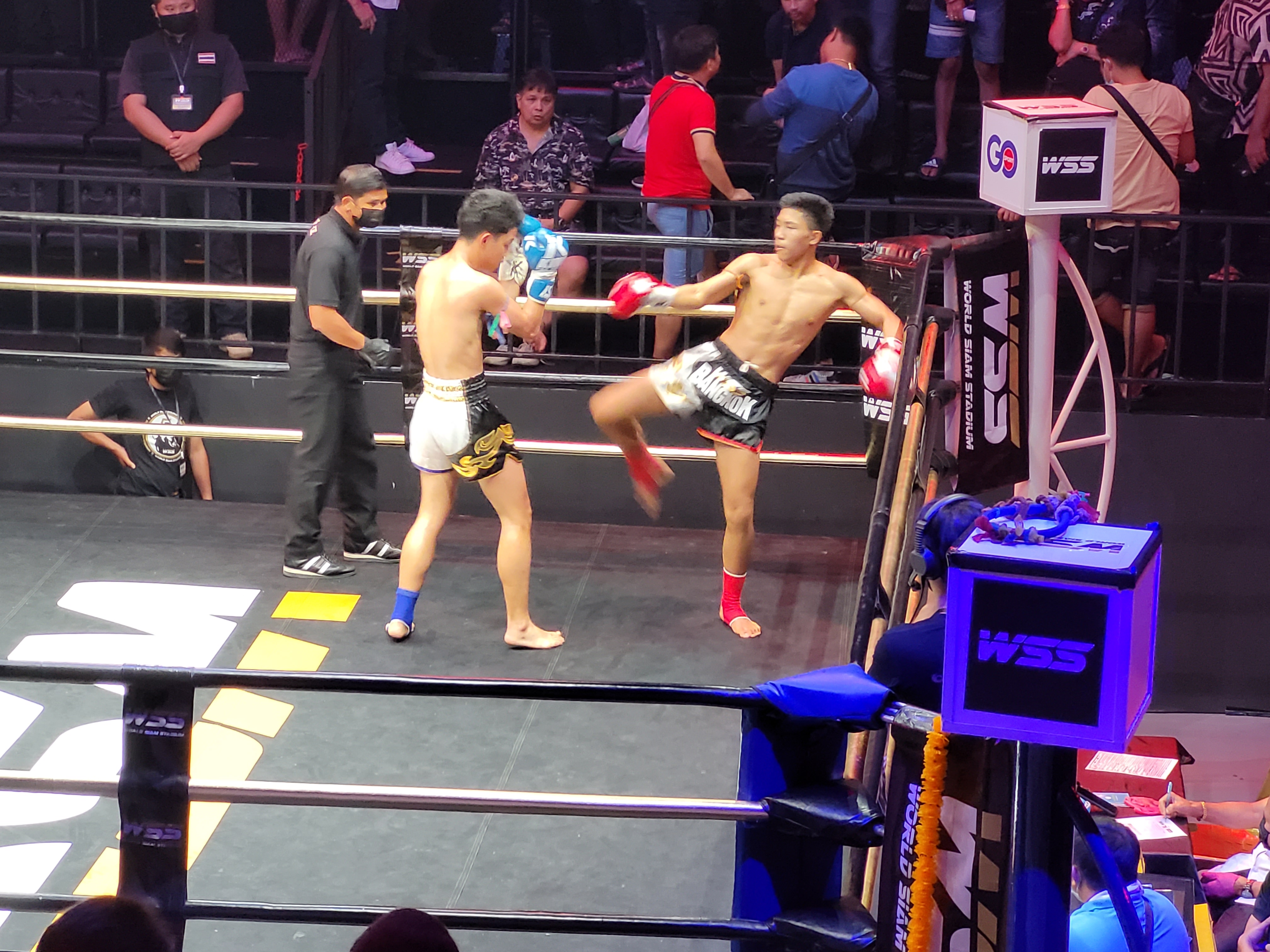 I love live sporting events, and this was no exception. I think Kaitlyn liked it too. We even got on TV for a bit!

Riding our old grandma hoopty bikes around our small city has to be one of my favorite things of all time. When you’re riding that slow down the same roads every day you get to see everyone, and everyone gets to see you. We are very visible as the only white people in the city and the only people who ride bikes. I’m sure everyone is sick of our faces by now. Sometimes we bike to find new rice fields. Sometimes we bike home from the mall at night. Sometimes we get caught in crazy lighting and hailstorms and get hit in the head with tree branches. And sometimes one of our bikes break and we have to double up on one bike. But its always an adventure. 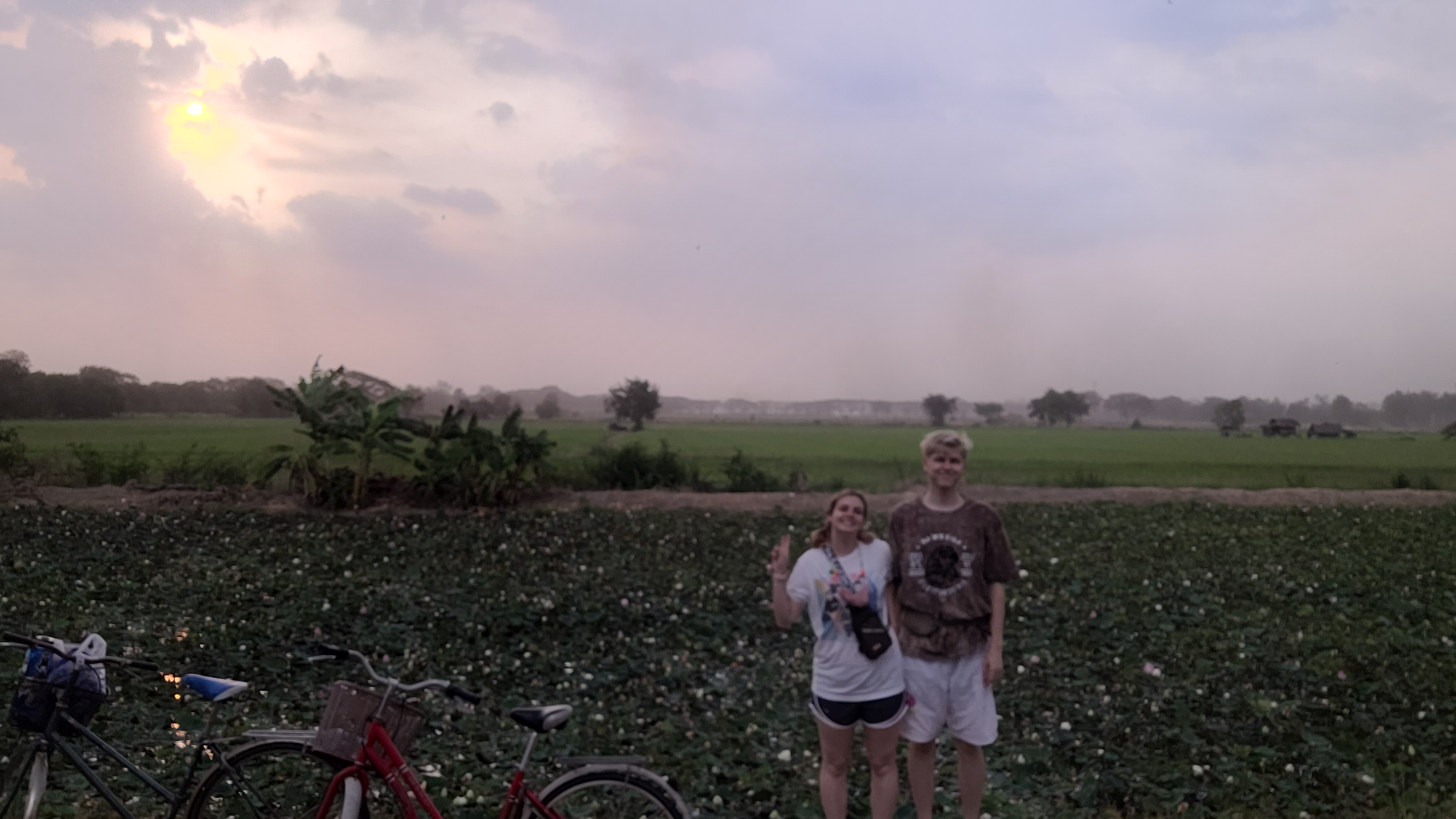 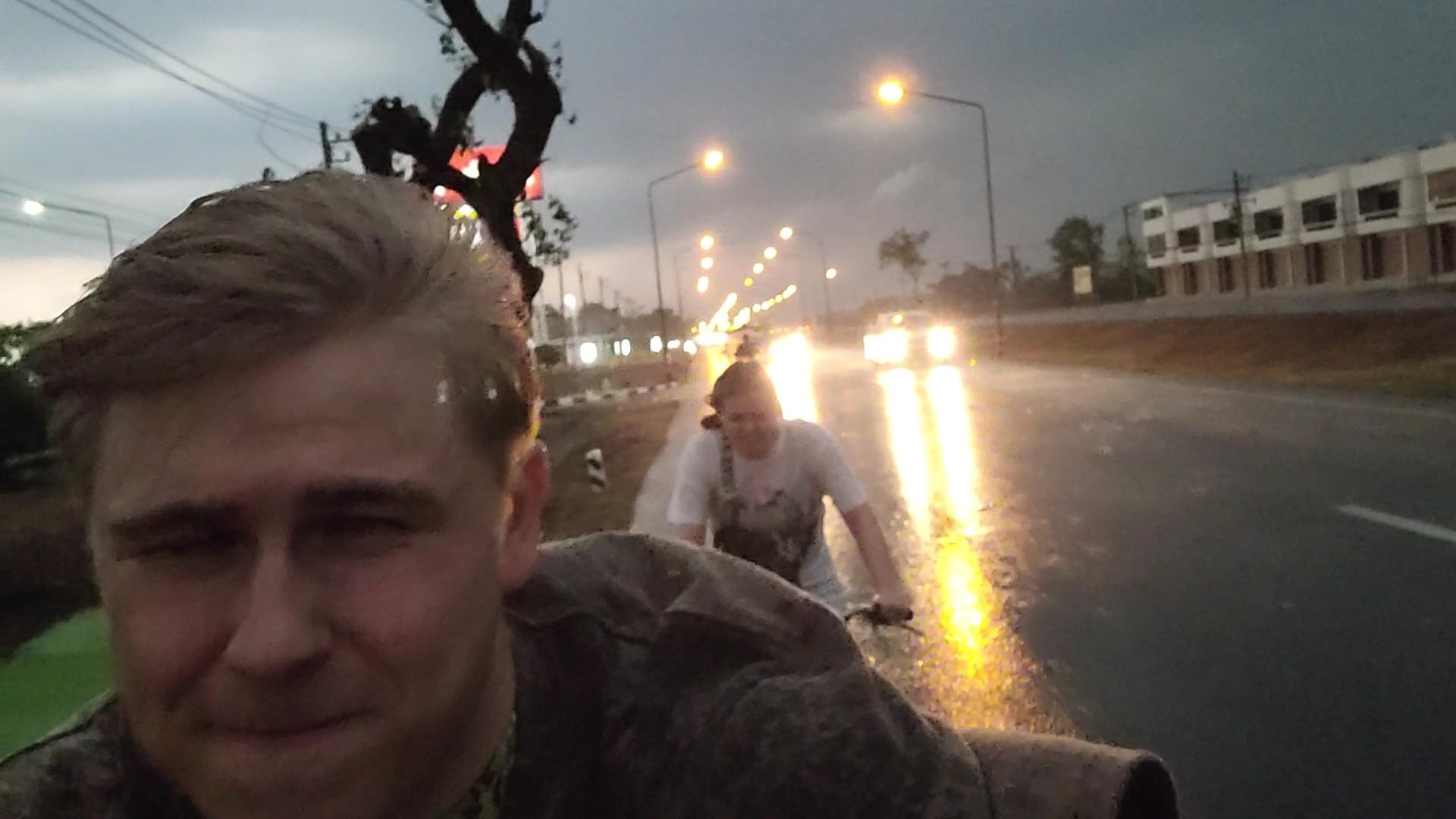 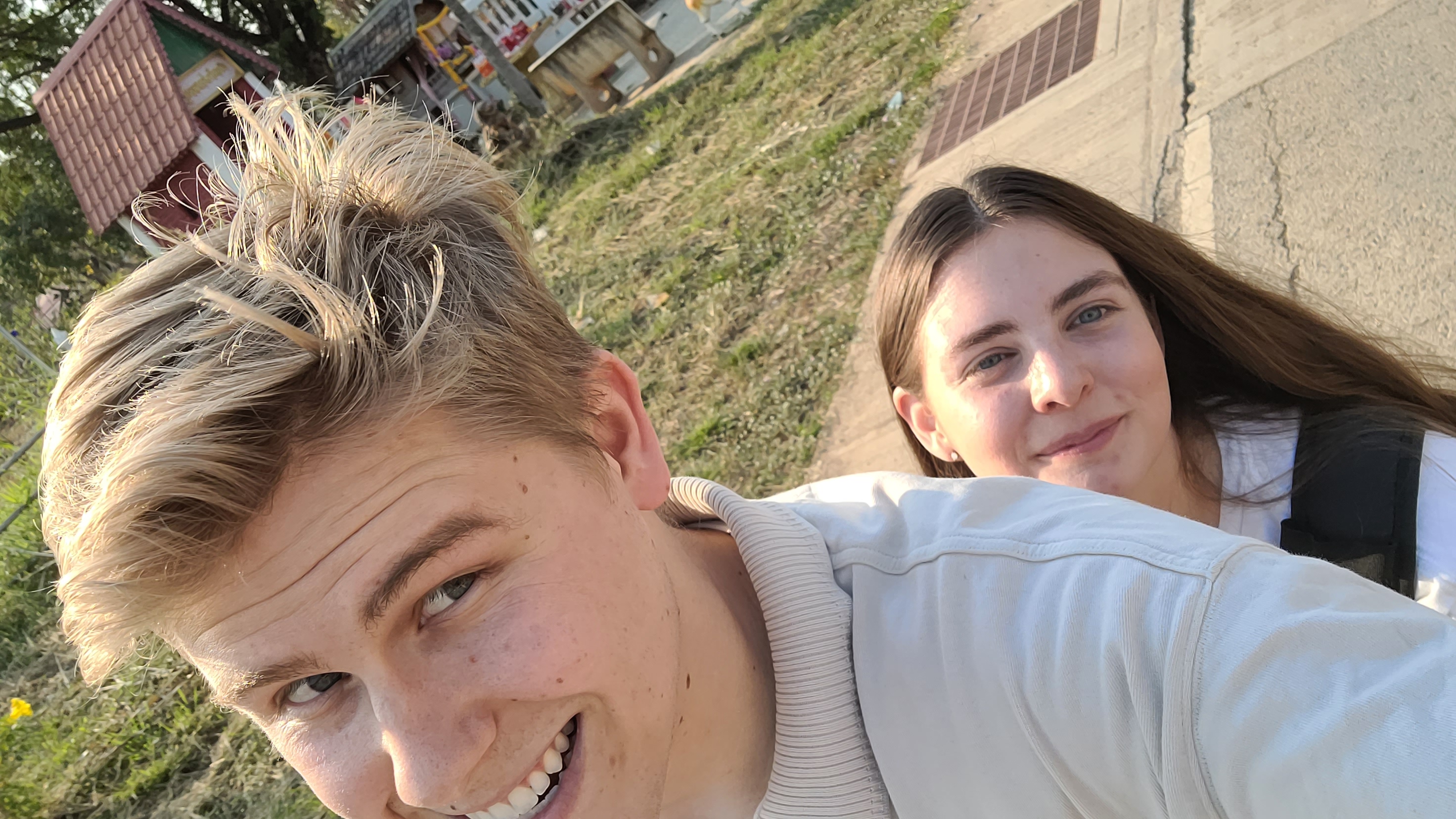 The pictures sell our island vacation better than I could with words so here’s some pics.

Apparently, some travelling salesman came through our obscure town with a ton of surf-skateboards. They are like longboards, but the front trucks are on a spring-loaded swivel that lets you pump side to side to gain speed. They are supposed to imitate surfing, but nothing can ever compare to the feeling of popping up on a massive wave and taking it sideways all the way down the beach. Still, it was kind of hilarious when one of our students asked us if we could come play with him on his surf-skate. When we showed up at the gas station parking lot for our playdate it turned out that he wasn’t joking. His parents had actually bought four surf-skates to share between him and his sister. Also, there was another group of teenagers already hanging out on the other side of the parking lot with their own boards. Nobody in the whole place really knew what they were doing so I hopped on one and showed them all how it was really done. We stayed for three hours and then went back last night to play again and some more of our students showed up too. It was a real surf-skate party. 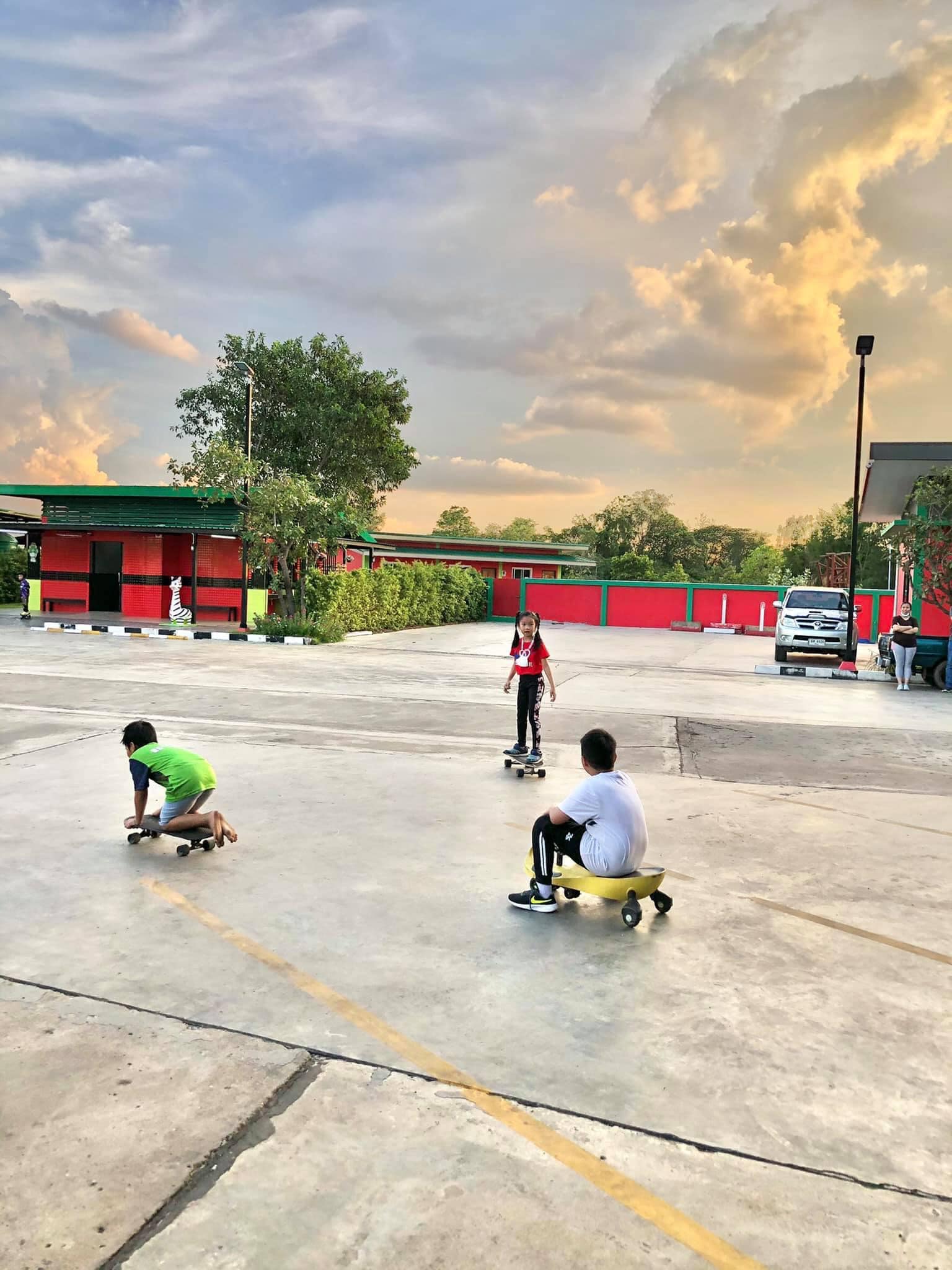 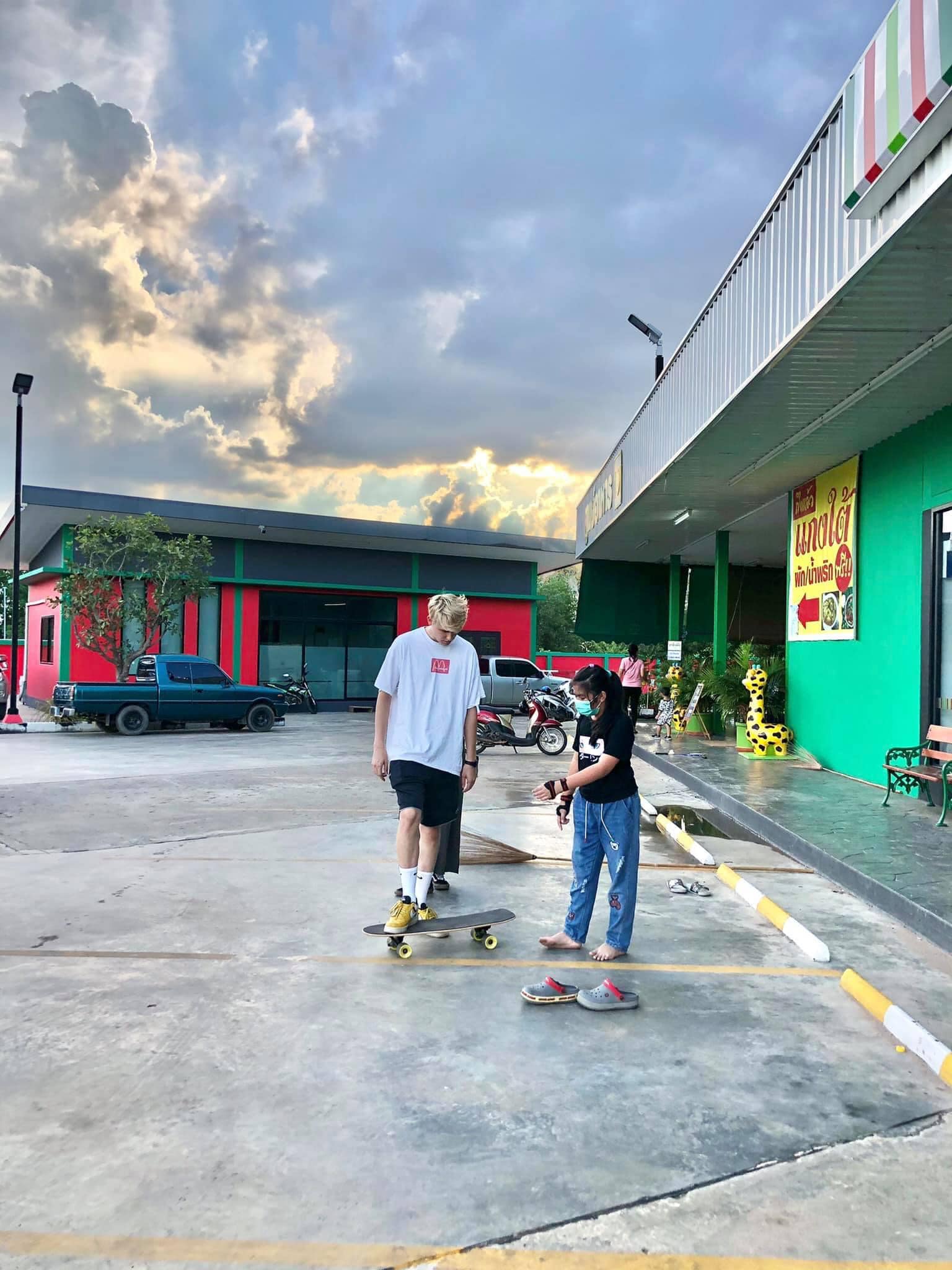 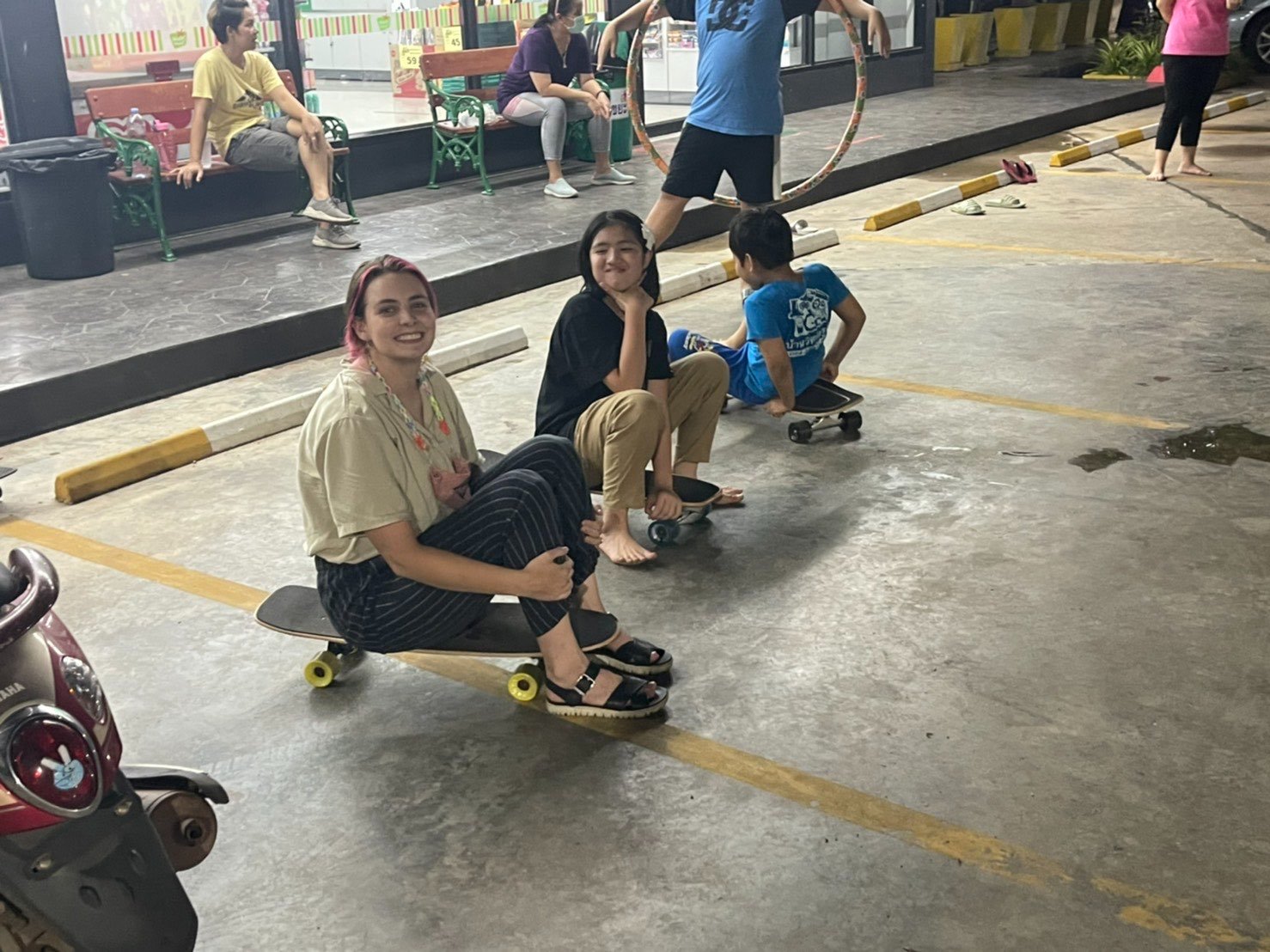 Thailand continues to be good to us. If you’d like to recieve very infrequent updates about my time here you can subscribe below. 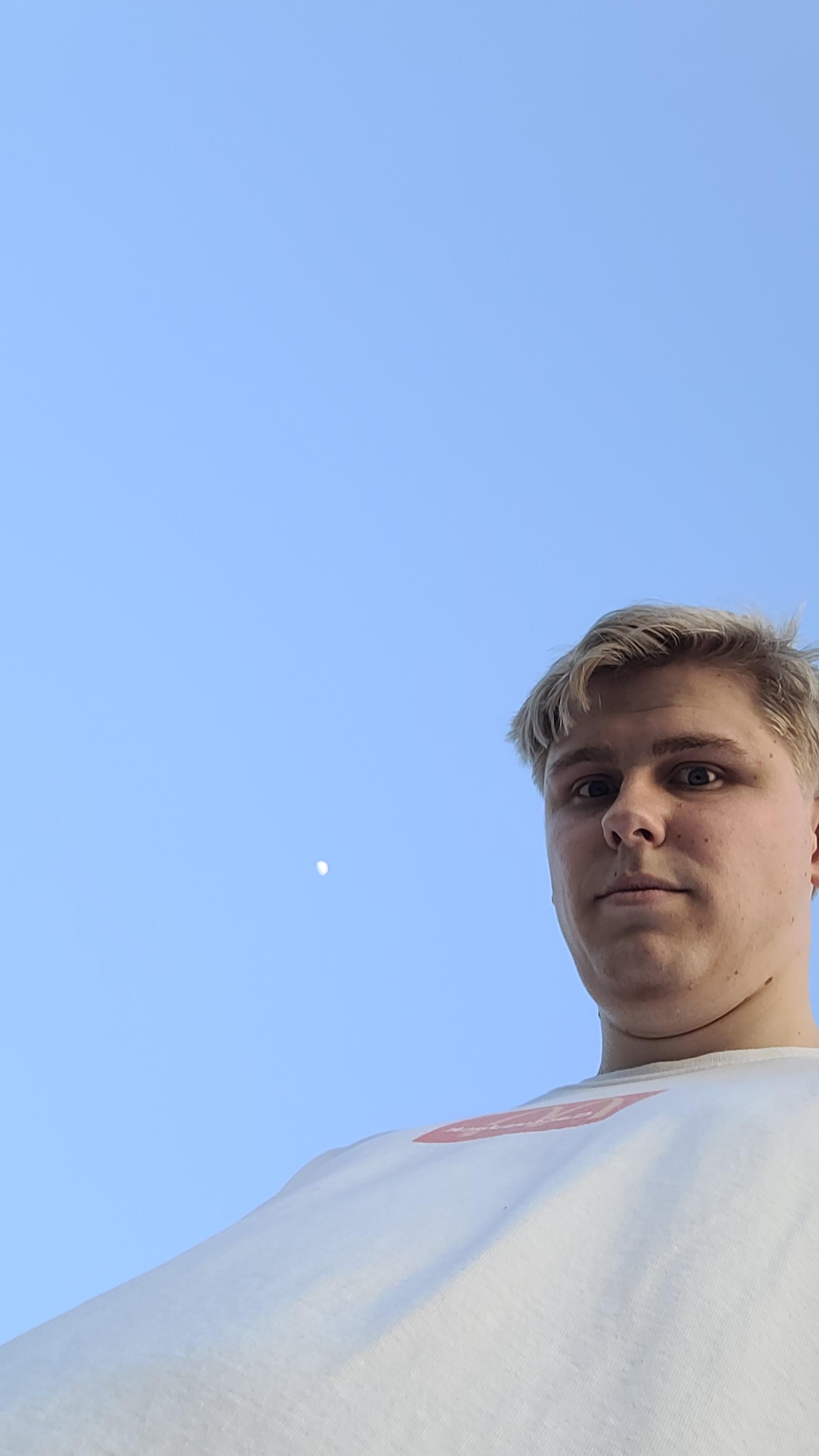