I just reached across my entire cabin and grabbed my phone to start this blog post. My cabin is like 6 feet wide and it’s one of the bigger ones. We did get upgraded to one with a balcony, so there’s that.

This is my first cruise ever. We are in the Baltics for 10 days with a few days starting in Stockholm and a few days in Amsterdam at the end. We’ll be gone a total of 14 days. I guess I’ll just write a bit about each place and slap some pictures in here for the fans.

We saw this massive old boat that wrecked after sailing for 20 minutes. The tour guide lady said the designer was Dutch, but idk about that. 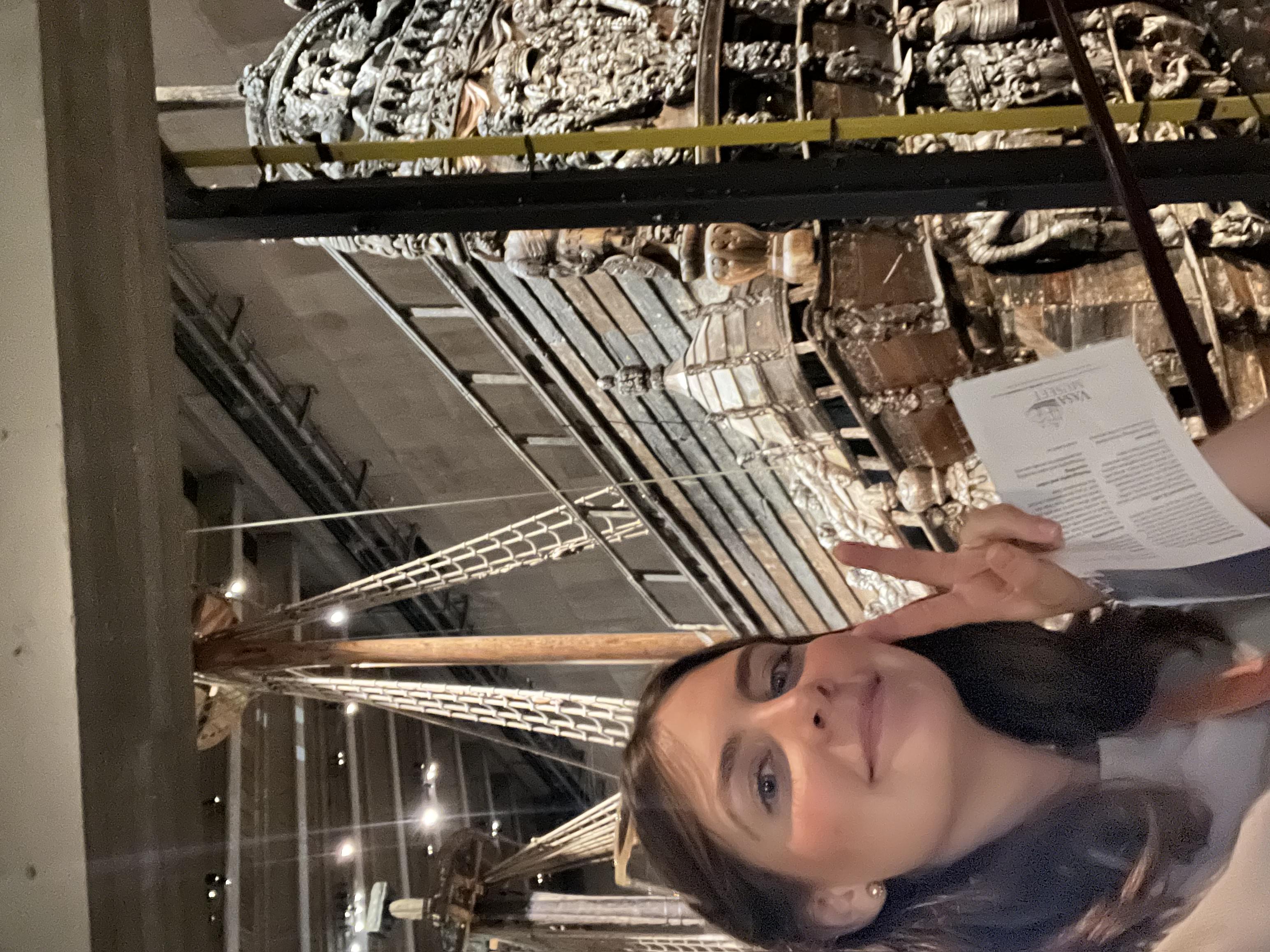 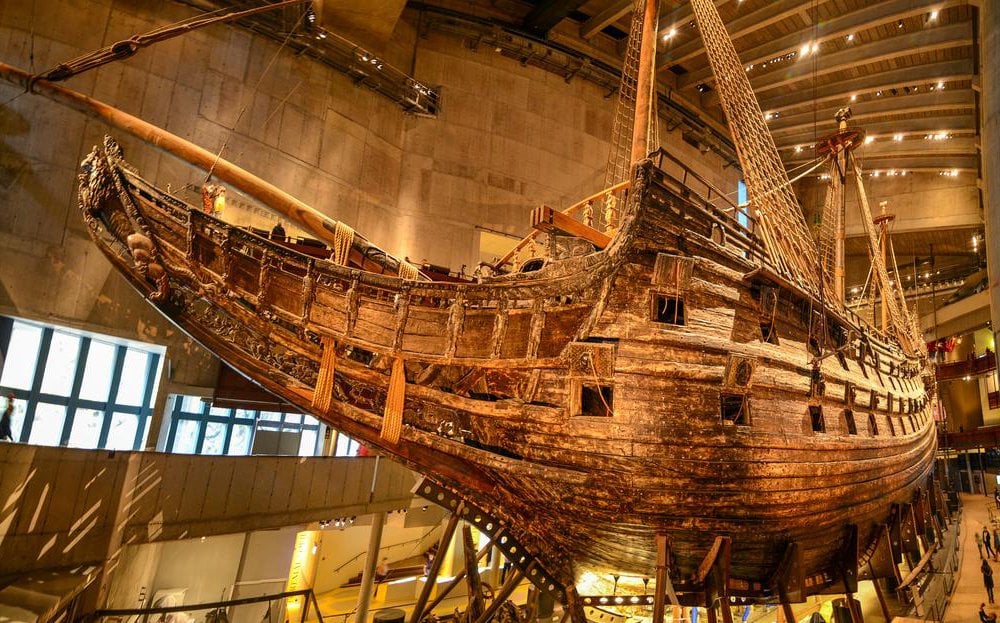 The Vasa was super cool and ornate but all I could think about as I was in the museum was the gym in Provo that goes by the same name. I could have gotten two months gym membership for the amount I paid to see that old boat. Think of the gains.

We rode electric scooters around a park downtown. The vibes were very PNW summer.

Fashion – pretty good. Everyone is put together and looking good when they walk out the door. Well, that applies mostly to the females. Male fashion across the globe is apparently very boring. Baggy jeans and some boring t-shirt with skate shoes or dad shoes. The women all had cool dresses or tank tops with flare pants or something wild. Very diverse. I saw some two-piece beige linen pant-shirt combos that looked so cool and comfortable. I’m gonna have to copy. Pic of 2 linen 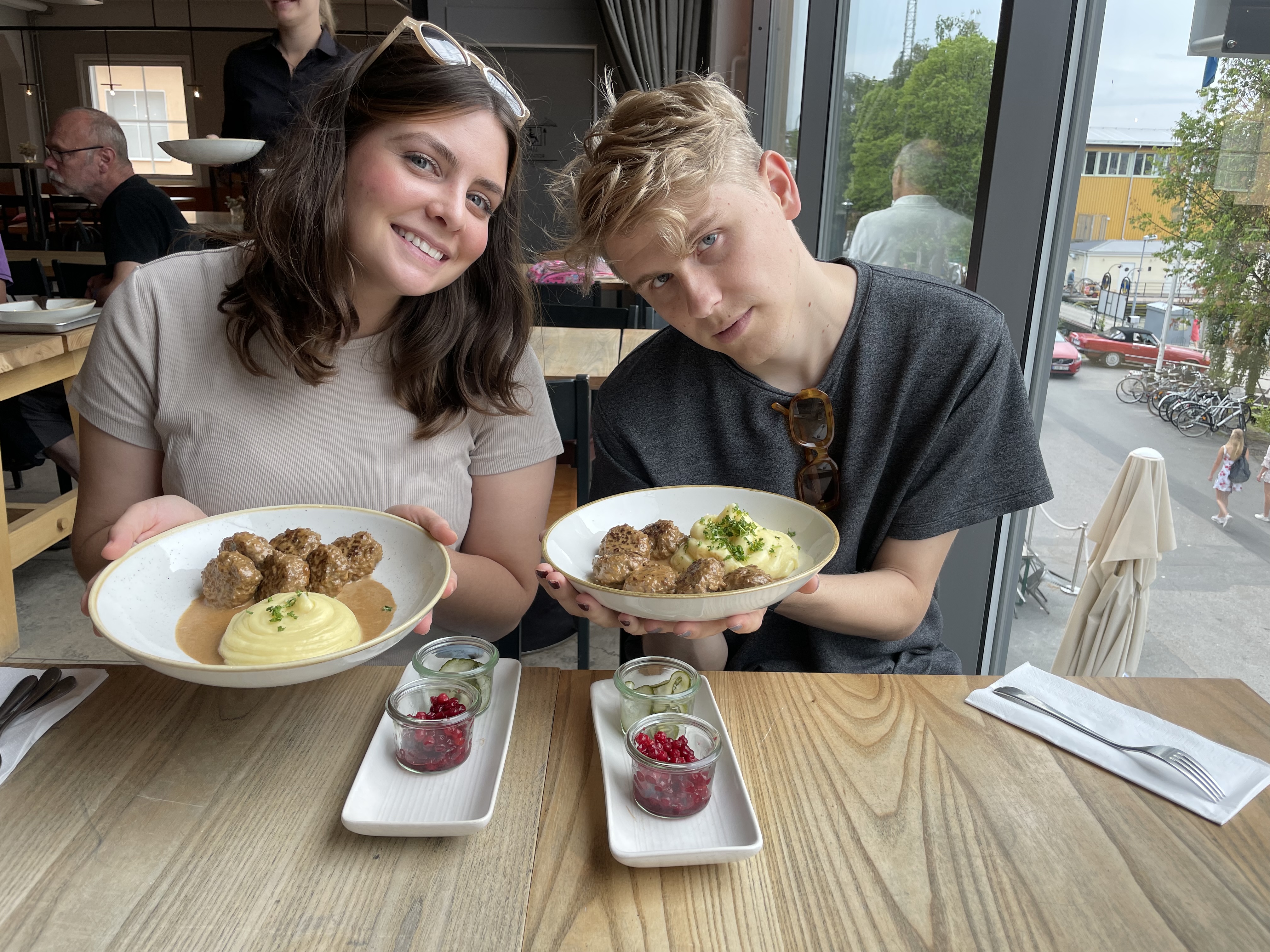 Helsinki does not take itself too seriously. People are living their lives here, construction is happening, stuff isn’t always tidy. There’s much less pomp and glamor than there was in Stockholm.

The vibe feels more Russian to me. I’ve never been to Russia. But Finland feels like I imagine Russia. The buildings are more spaced out in the city. The architecture is quite utilitarian and industrial. The roads are concrete or cobble stone and not super well maintained. The few malls we walked in had low ceilings and smelled like concrete.

I like this place a lot. It feels funny in a similar way to Cambodia. Like a little sibling country that’s trying to be cool and fit in with the countries around it but it can’t really so you just pity it and laugh at it’s attempts. I love those kinds of countries. They’re very unintimidating and they’ll take what they can get.

The one thing our sources recommended to do in Finland was sauna. Apparently that’s what people do here. So we found the most local vibes sauna in Helsinki and crashed the party. I saw a bunch of naked dudes. Nice. There was also a mother with her like 3 month old baby carrying it in to the sauna for a few minutes at a time. We asked one of the dudes about the baby thing and he said he started bringing his kids as young as 3 weeks old. Wtf man. 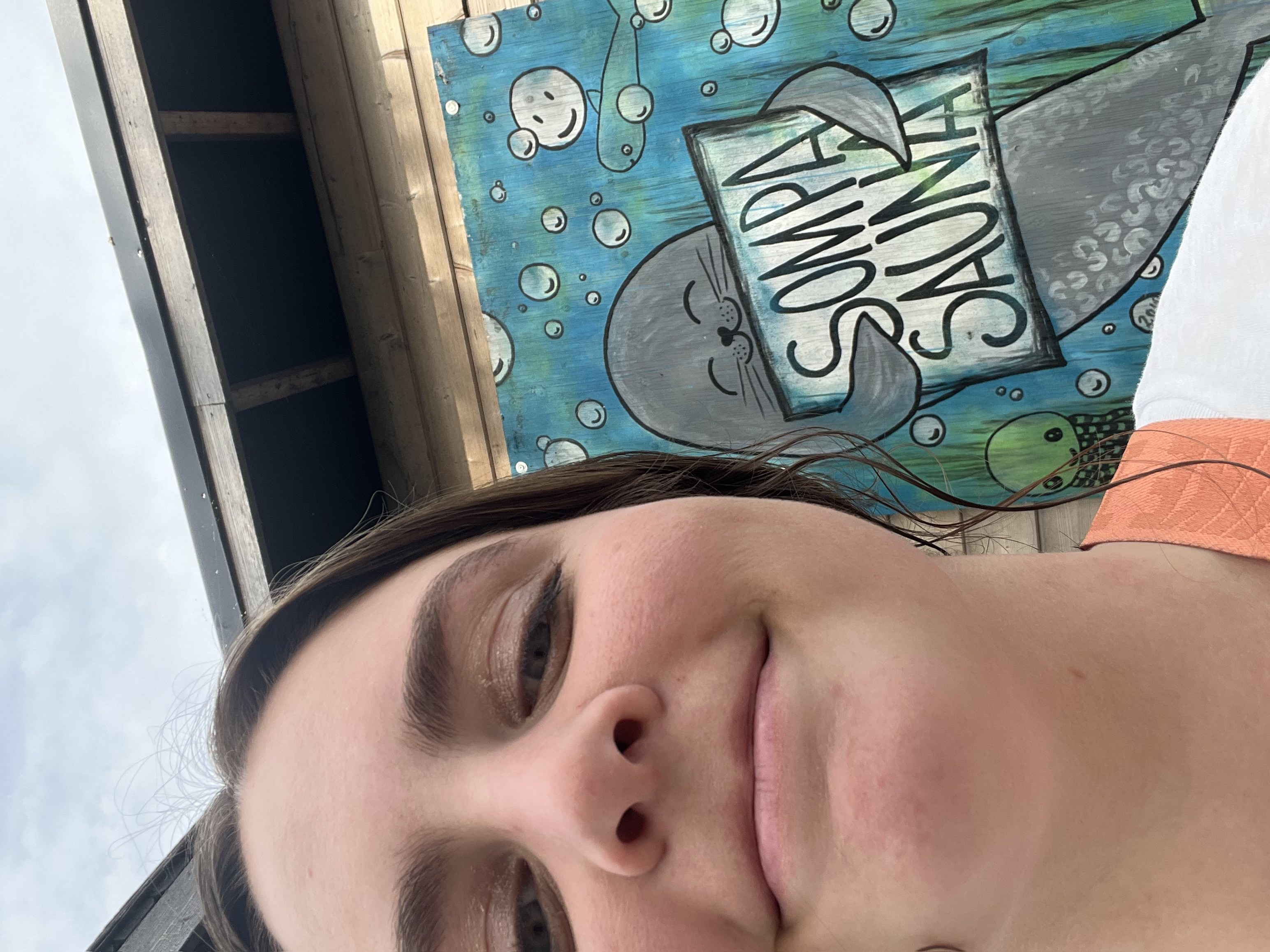 The fashion here is all based around textile design. And Finland does know their textile design. The cool designer brand is called marrimeko and their thing is the allover poppy print.

(There are 2 marrimeko patterns in this pic) 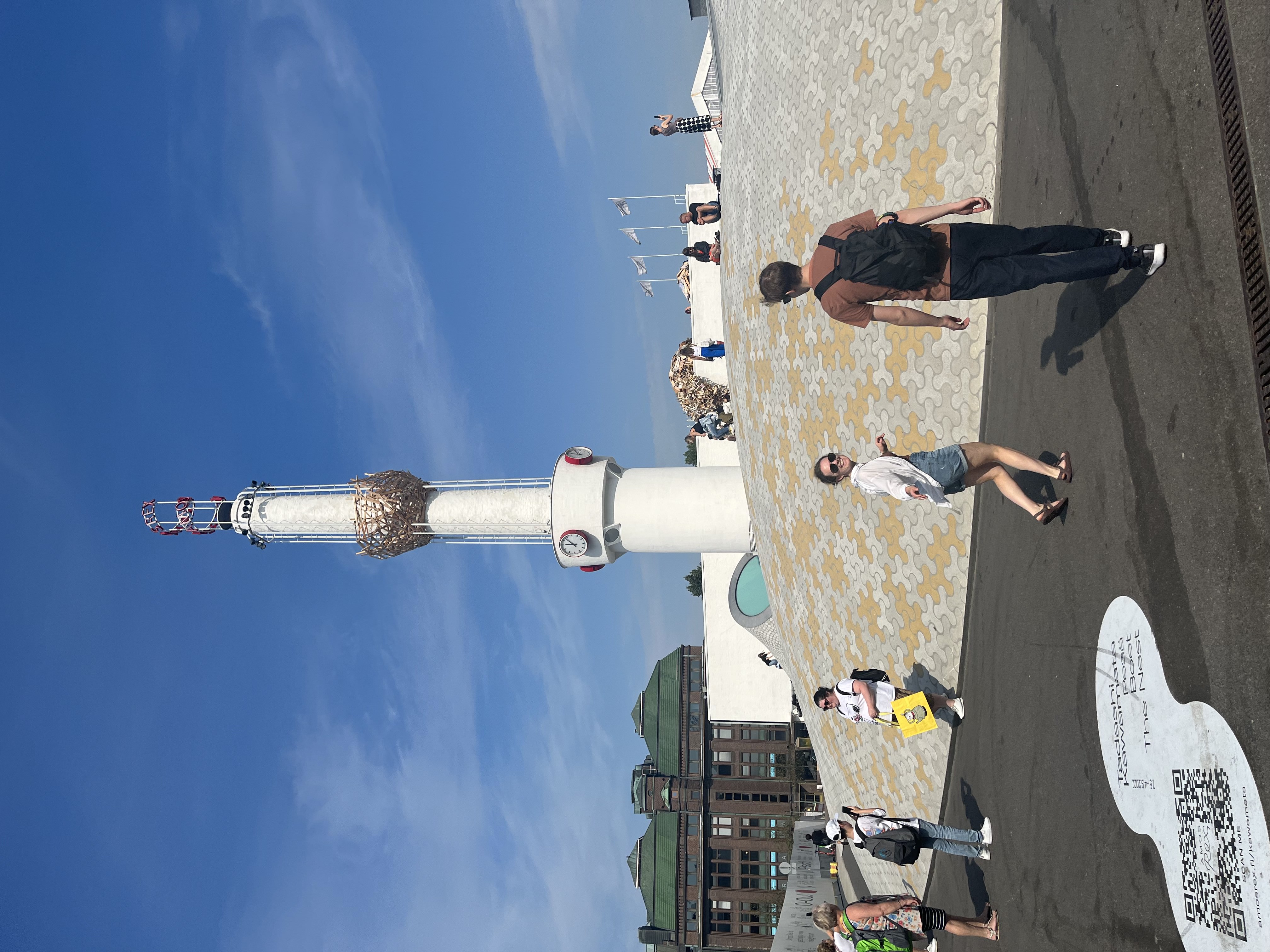 I saw an infinite amount of people wearing marrimeko clothes. I also saw a lot of guys wearing Adidas track suits. It’s more Russian, like I said. The fashion is less trendy than Sweden but more confident and defiant. A decent amount of punk-ish style and a lot more gnarly tattoos. 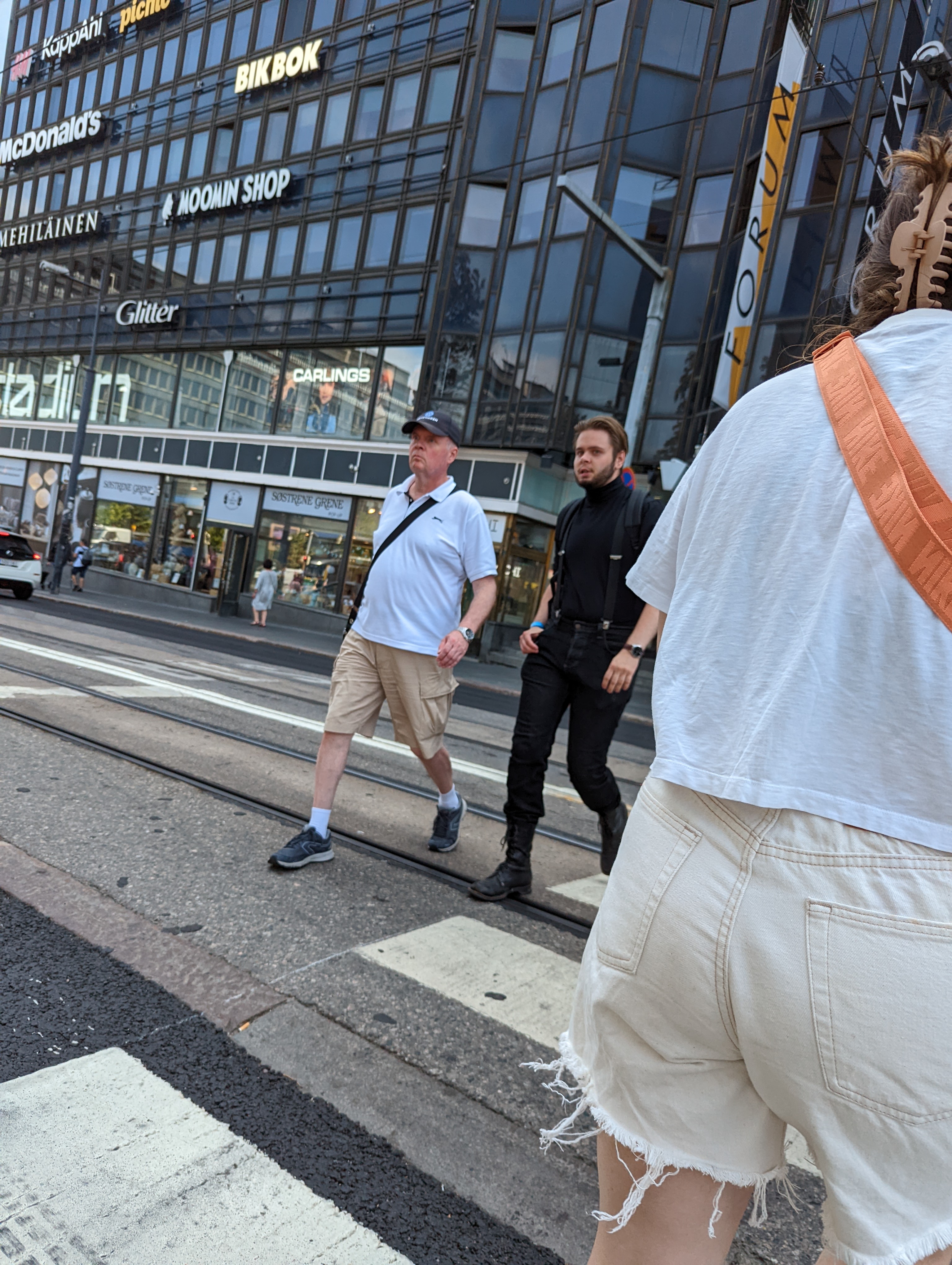 Visby is this old city on this little baby island off the coast of Sweden.

The number of tourists in the city was probably 10x the number of local people. Kinda whack.

Some nice old castles tho 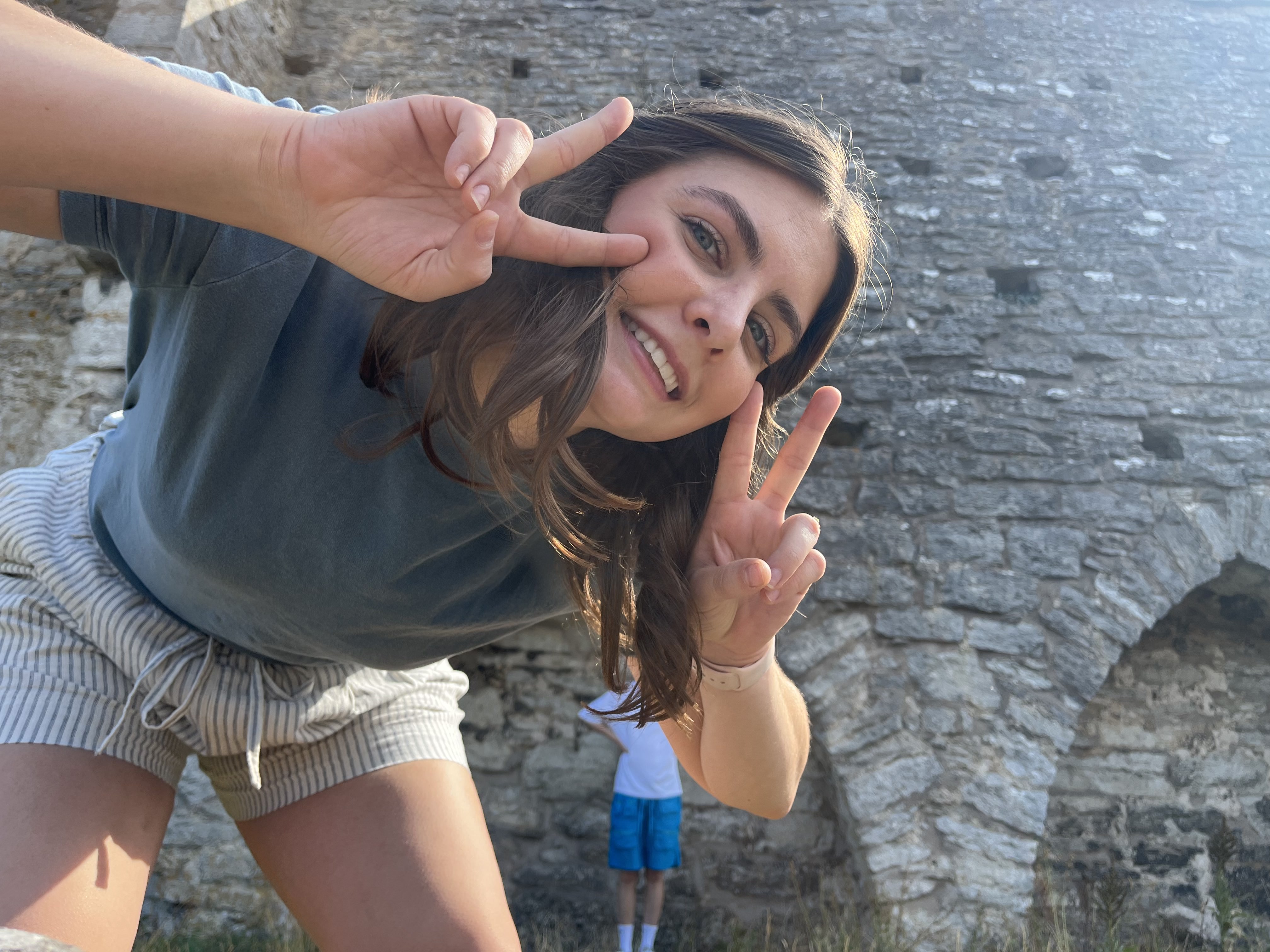 This little port town in Estonia is quaint and quiet. It is very medieval and their specialty cuisine is rye bread baked sweet with molasses. I was expecting a former USSR Nation to be more industrial and dark, but Tallinn was colorful and fun. Maybe that’s just my experience with this one little touristy port town, but that’s my experience and it is valid.

I saw quite a few “strong guys” walking around. Like pretty jacked dudes with tighter shirts on. That was kinda the fashion vibe I was getting. Nothing too unique. Half of the girls were way trendy and the other half were super not.

This place is not it. The guide of the town we read said the best thing to do was “explore the cruise boat dock area”. It wasn’t even inaccurate. There just isn’t much to do in this tiny port town, Lithuania.

And their signature food is called Cepelinai. Which is basically a greasy, rat meat (pork) filled potato dumpling topped with bacon chunks and room temperature sour cream. It might not sound that bad. But it is. 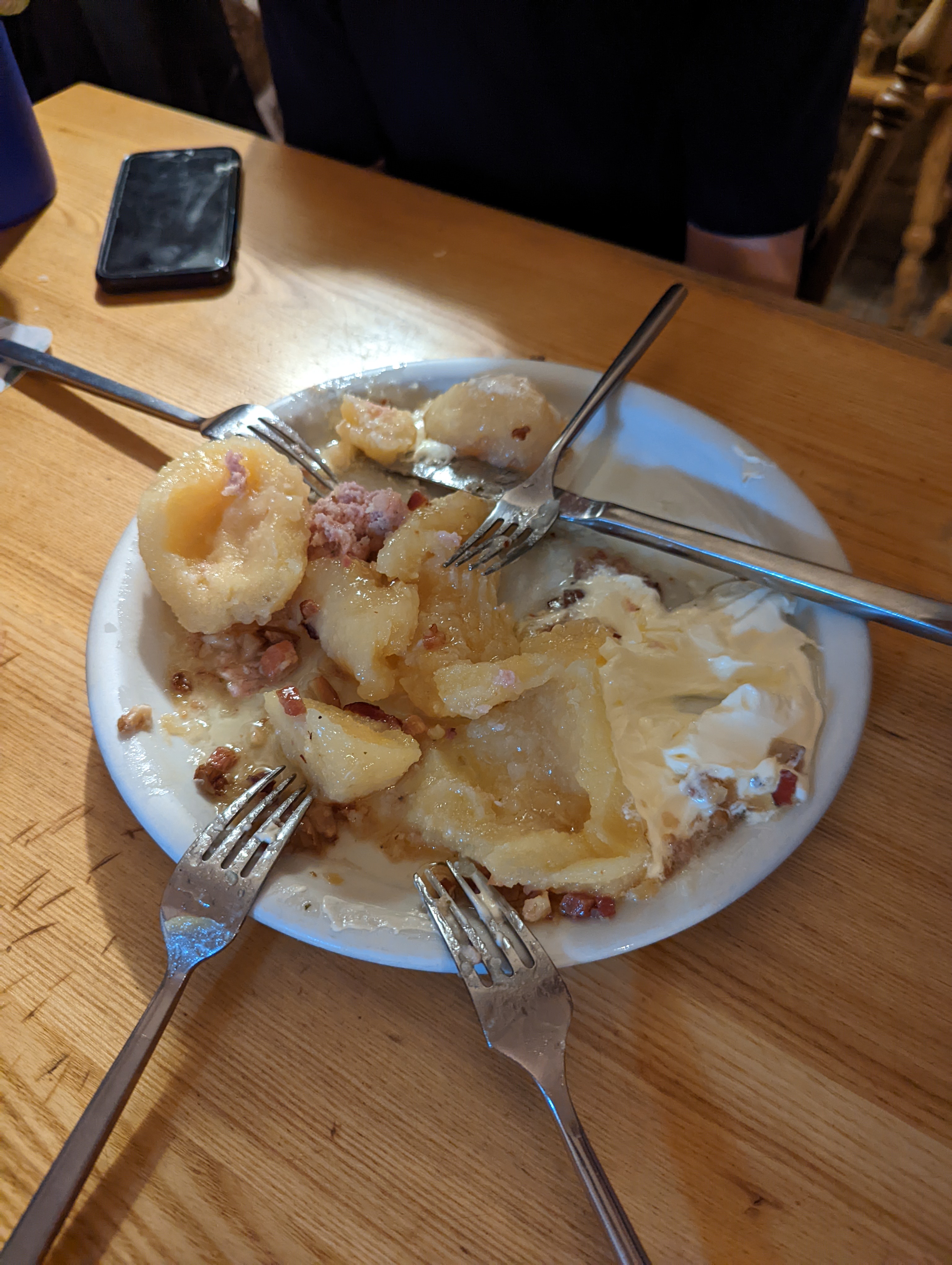 Fashion was kinda boring here. The fashion blog is over.

Gdansk is a cute little town that was rebuilt after World War 2 in the Dutch style. There were like four different cool fancy clock towers. 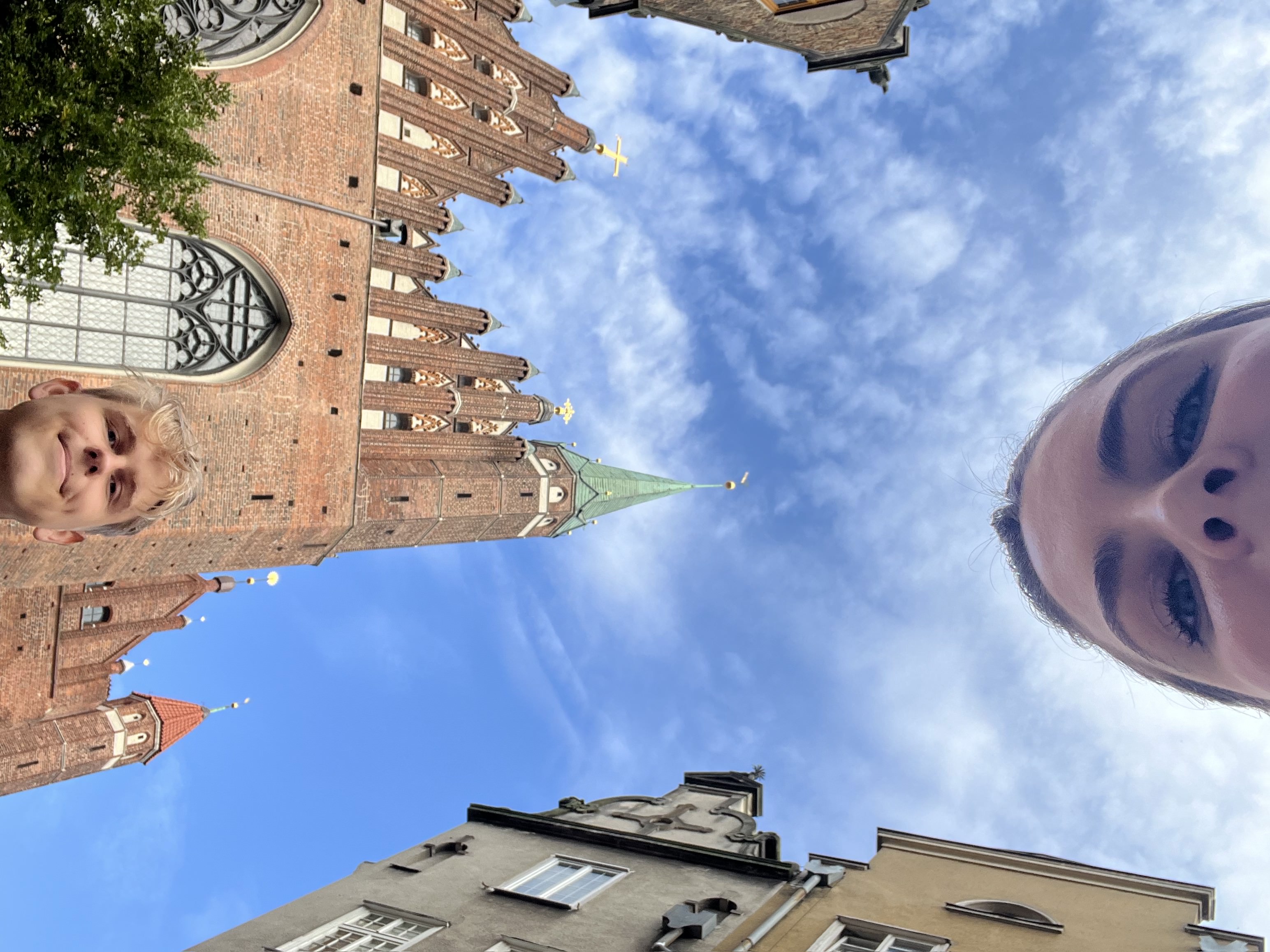 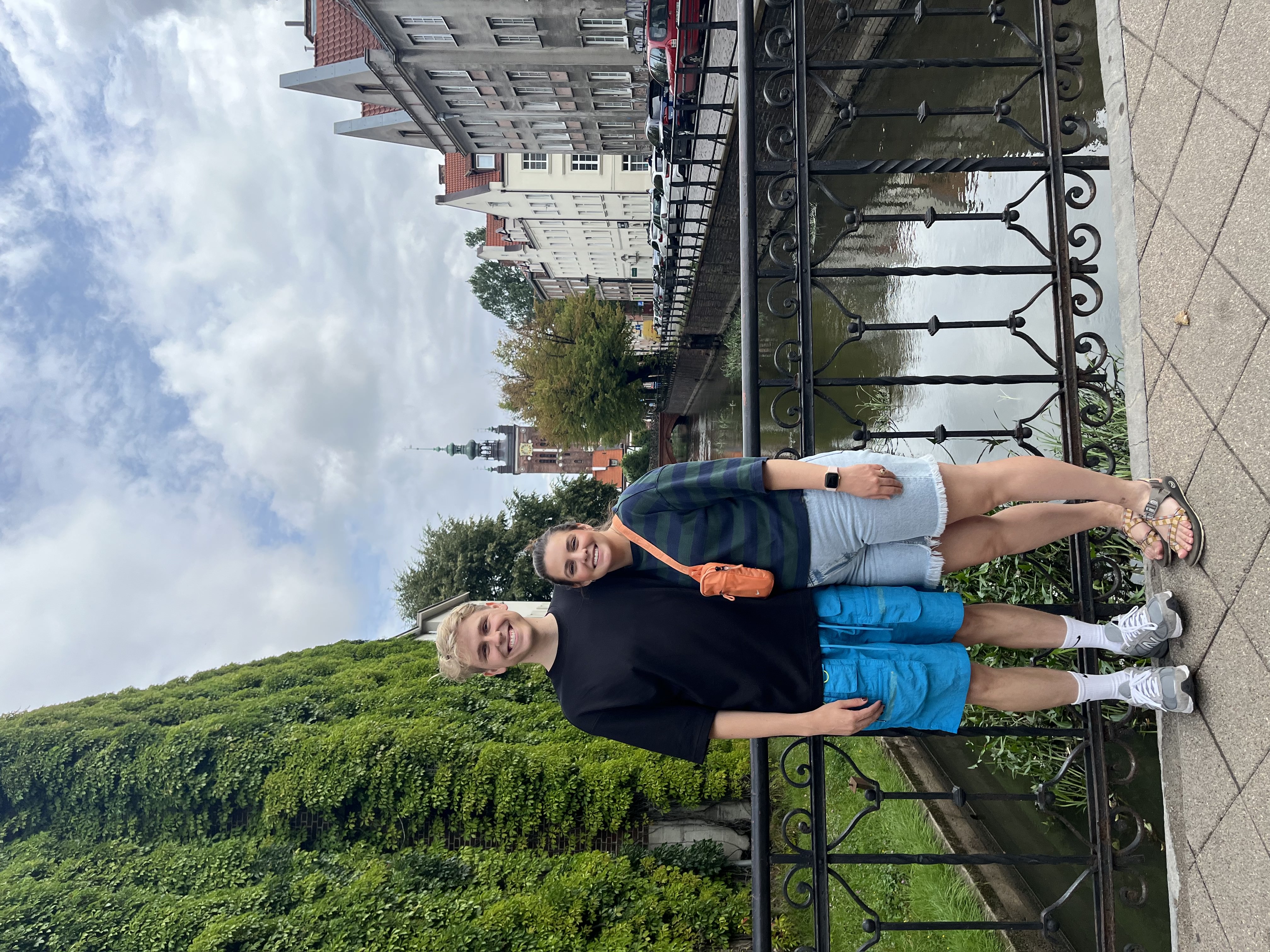 We climbed up to the top of one of them to see the whole city from above. 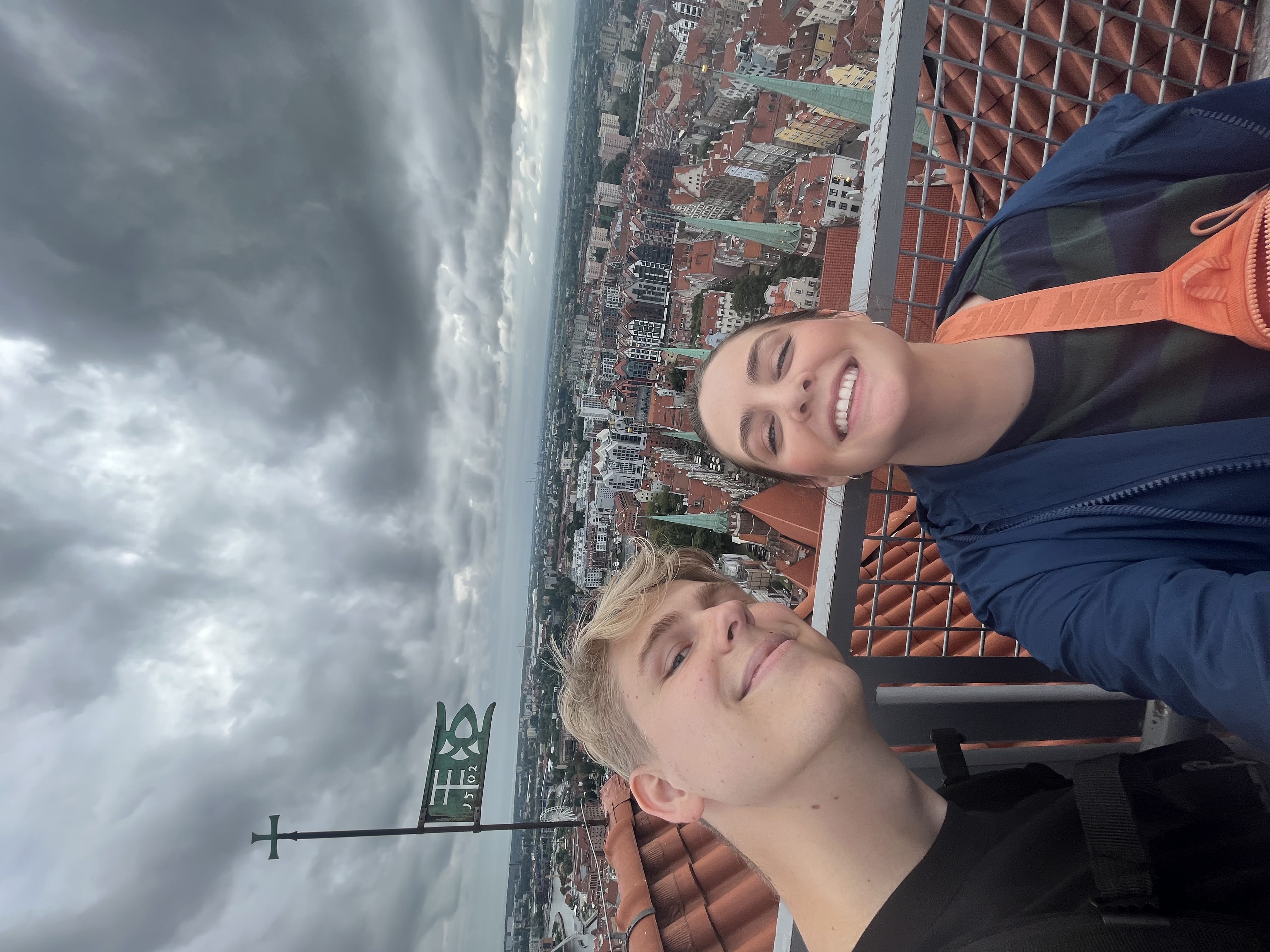 The shoe game here in Poland is quite good. Well, I guess I can only speak for Gdansk and only for this small amount of it that I’ve seen, but that goes for all of my opinions. They’re just like, opinions, you know? Here is a creeper shot I took off some hype sneakers. 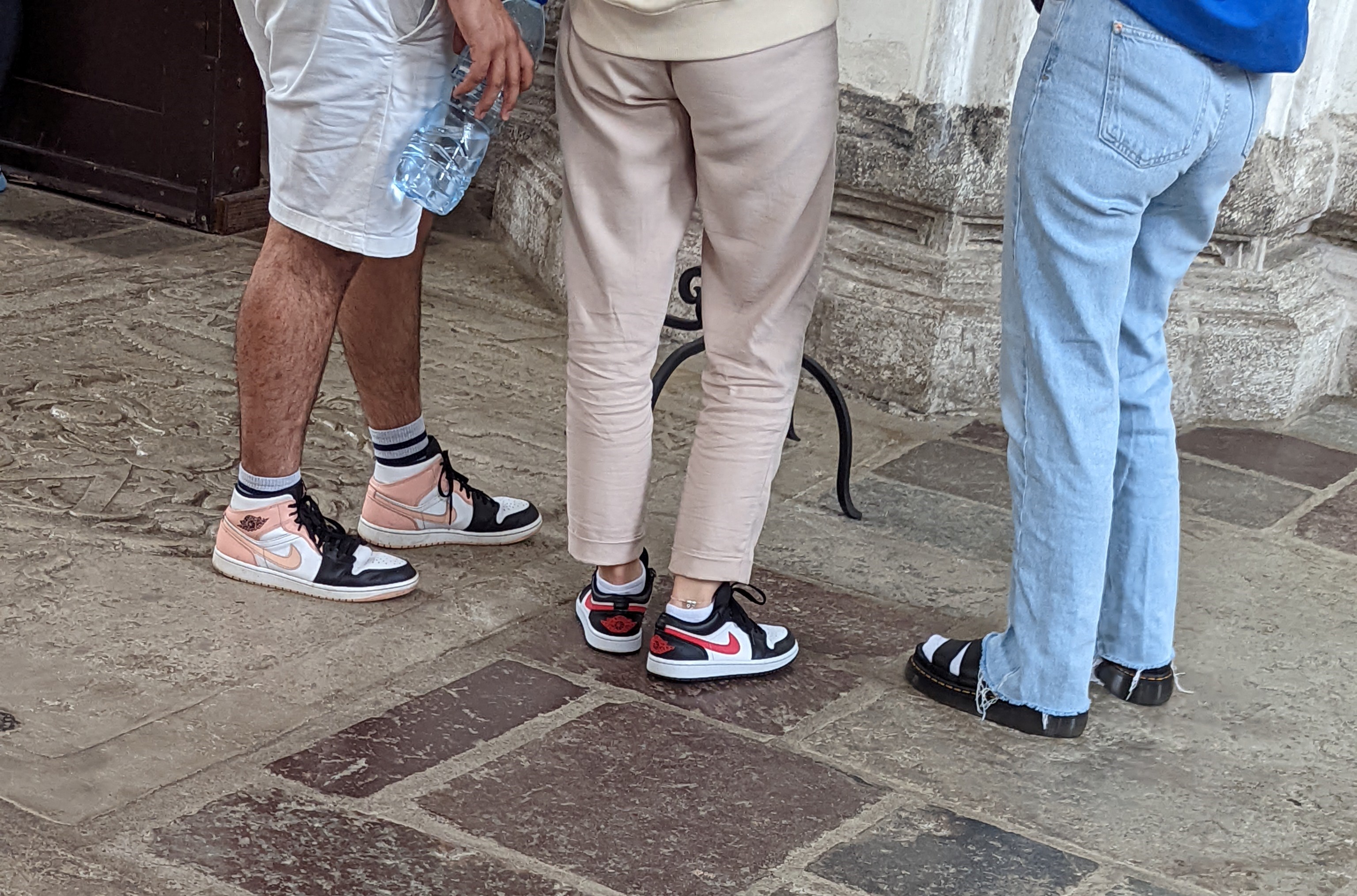 I’m trying to not judge all of Germany based on Berlin. If I did that then I would think Germany has no good soccer teams. Munich, Dortmund, Frankfurt, and Leipzig all seem to care more about soccer than Berlin and have much better club teams, so maybe Berlin is not representative of the country as a whole.

Berlin is cool though. There is a ton of history, good and bad and hard to swallow. It’s all on full display. We went to the Brandenburg Gate where which allowed free passage for West and East Berliners until the Berlin Wall went up in 1961. We went to checkpoint Charlie where the post WW2 American and Soviet parts of Berlin met. We walked through the Holocaust Memorial which is now renamed as the Memorial to the Murdered Jews of Europe. Very explicit. We went to the Jewish History Museum which captured some of the emotion of the Holocaust as well as demystified Jewish beliefs and culture. We walked along the remaining length of the Berlin Wall, which until 33 years ago, divided the city between Soviet and Western control. 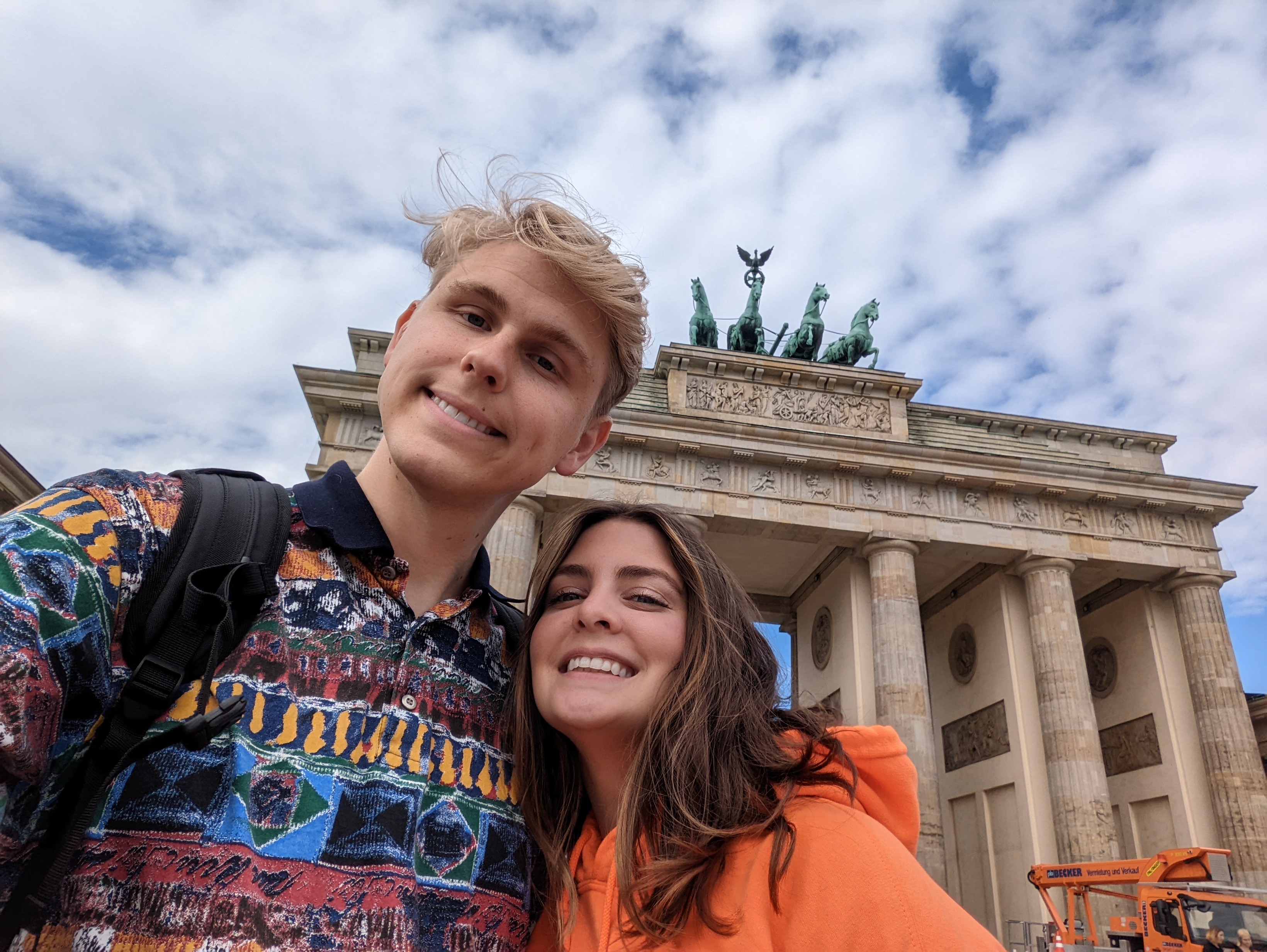 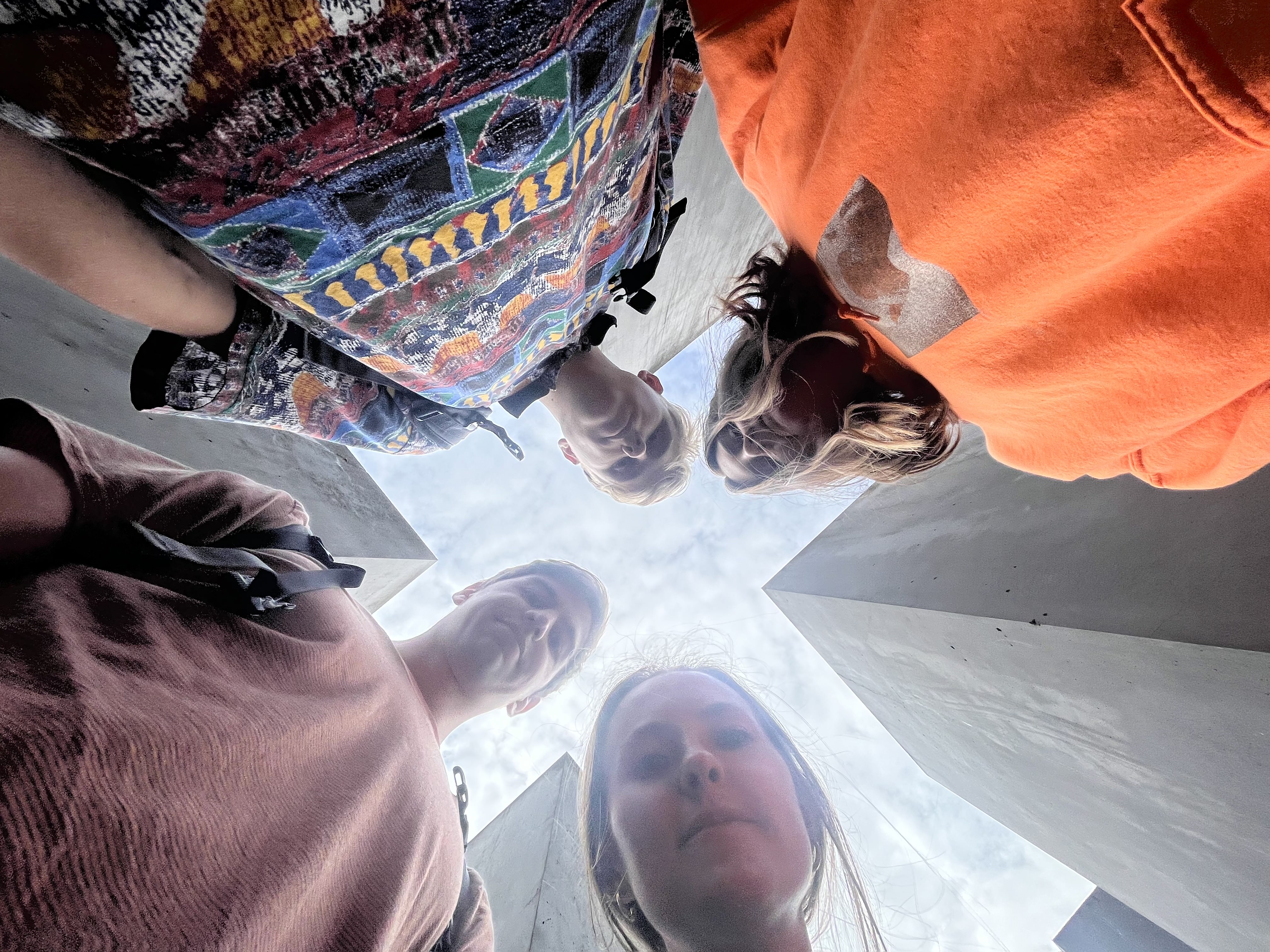 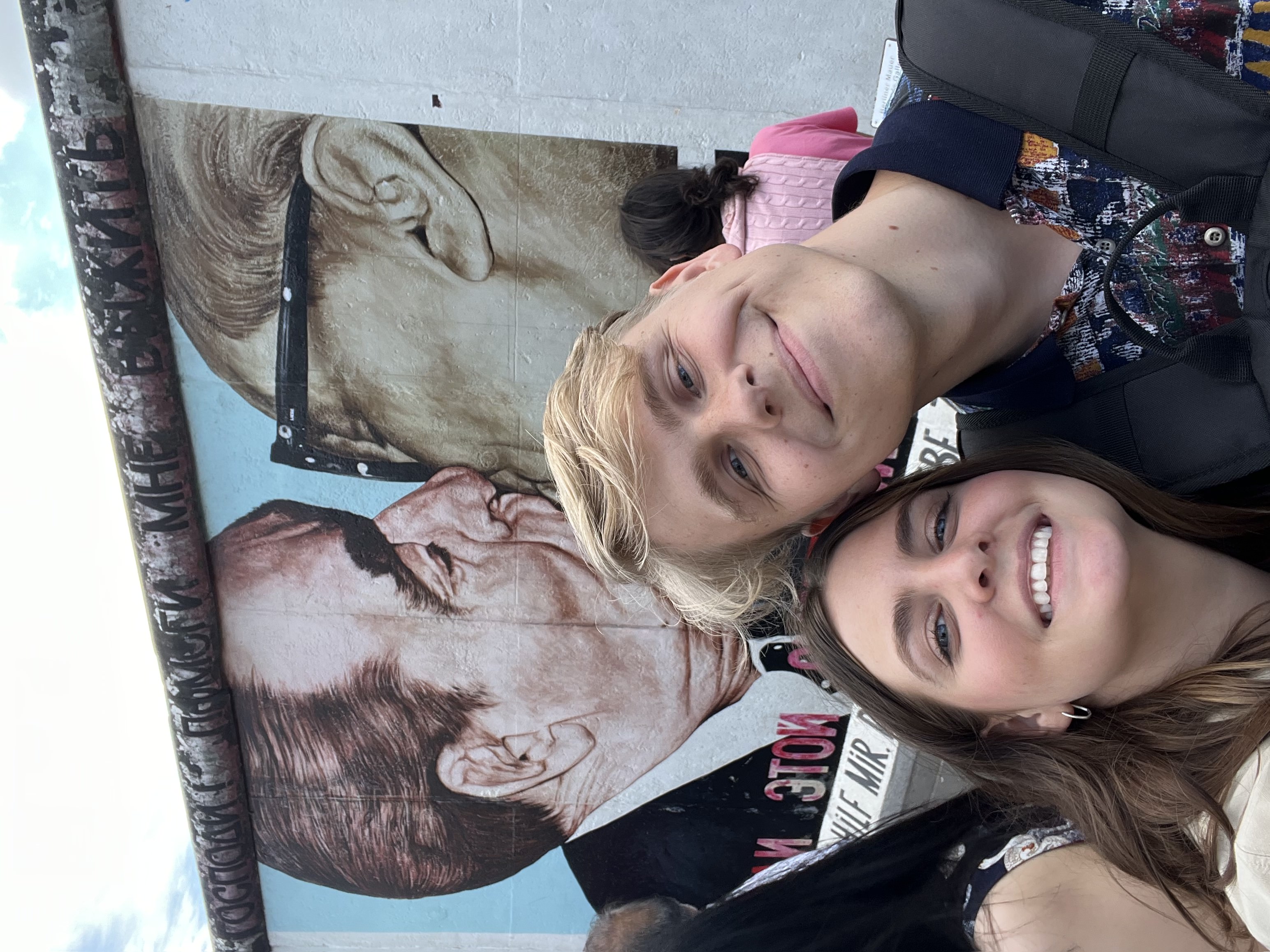 We also ate a nice donut.

I probably didn’t see many native Berliners so I can’t really judge the fashion, sorry. I did see like two 40 year old women who had like ultra-goth diskotek vibes, so that’s cool.

Day at Sea, The Ship#

We are on a cruise while Covid is still not totally gone so I’m not sure how normal things are here. But its awesome. We got upgraded to a window view room on the side of the ship. 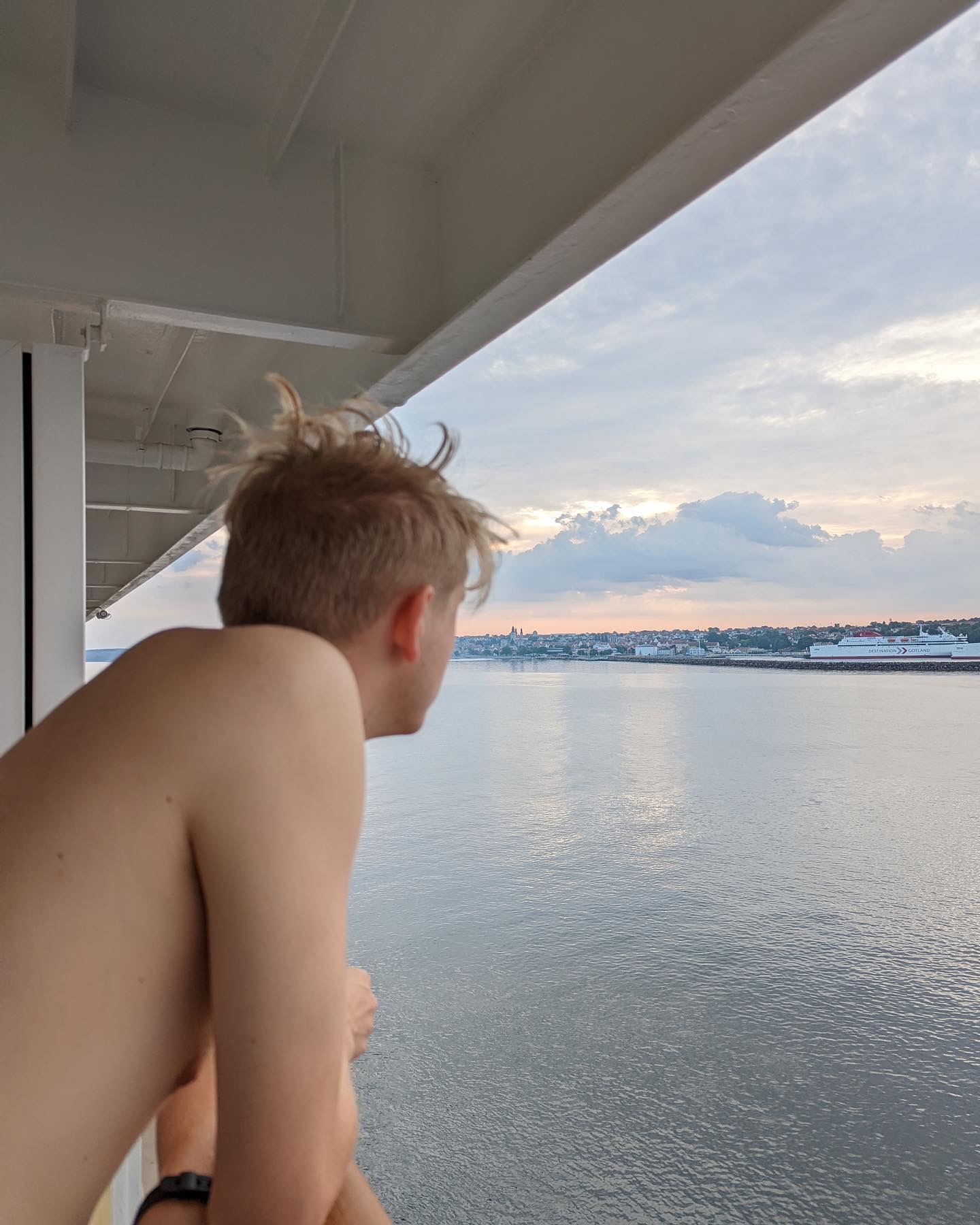 Off the cruise ship In Amsterdam. This place is overwhelming at first with all the bikes zooming past every which way.

The Red Light district is fascinating.